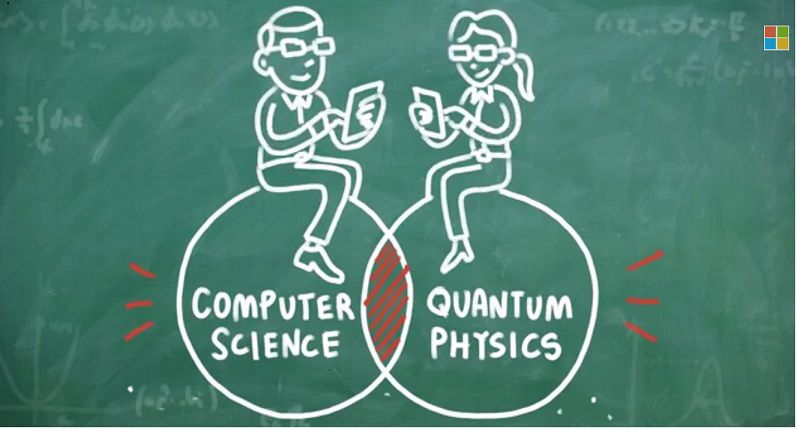 Quantum Computing is a buzz word for quite sometime now in research world. However developer world is still not caught up with this trend as of yet. There are certain reasons behind that as well. For one, the field quantum computing is still pretty much in research zone. There still has been no stable qunatum computer that can be ran outside research labs. The other thing is Quantum mechanics, the field behind Quantum Computing is quite complex to understand and needs good understanding of physics - classical as well as quantum.
Thus, having no way to get your hands on real quantum computers, developers were still quite out of the loop when it came to this experimental field.

However, with the latest development from Microsoft, this is no more the case. In end of December 2017, Microsoft launched their Quantum Development Kit, which promised developers to get their hands dirty in this sci fi topic. This series of blog posts is to give the basic idea of what Microsoft's quantum development kit offers as well as to explain some quantum mechanics concepts in ELI5 way ;)

So first, let's start with Quantum Development Kit. What is it, and how to use it? Let me be quick upfront with the fact that this is not the real quantum computer. The programs that we will run on this platform will be ran on Simulators and not quantum computers. However, for the first time it gives developers and enthusiasts a way to simulate and learn about quantum development first hand.

To start, you will need to have .NET Core 2.0 on your system. If you already don't have it, please download it from here.
Now, while Microsoft had initially launched this development kit for Windows, it is meanwhile also available for MacOS and Linux. I have tested it on both Mac and Windows, and I am hoping that this development kit is also running seamlessly on Linux.

If you are a Windows user, you have two options to use this kit -

To install Quantum Development Kit -> Install the VSFX package from Visual Studio Marketplace and install this package. (Make sure all Visual Studio instances are closed while doing so). Once you install it, it will install the development kit, quantum simulator, and Q# language into your visual studio environment. Why Q# you might ask? Because this is the language we will need to use further down the line in order to write our first quantum program.

Now, if you are on Mac (Or Linux), you are only left with one option to use this kit -
With Visual Studio Code

Let's see how this works out. Go to extensions in your Visual Studio Code editor, and then search for Microsoft Quantum Development Kit. This is the extension by Microsoft DevLabs. Once you download it, it will download the Simulator and Q# language tools just as in Windows. (Of course, you need to download the .NET Core 2.0 or above if you haven't already).

And that's it actually. That is all you need to do to setup the environment. But, what can we do with this development kit? We will see that in next part. Till then, if you are really interested check the Github repository for samples.